DONALD A. HAYNER- Editor in chief of the Chicago Sun-Times, Hayner has been a general assignment reporter, a personal finance writer, a neighborhood beat reporter, and a Sunday features writer. He became the city editor, metro editor, and then managing editor. He has also coauthored three books. Hayner is a graduate of Ripon College and John Marshall Law School. After three years of practicing law, Hayner switched careers and went to work as a reporter at City News Bureau. From there he went to the Suburban Tribune, where he was a reporter and later a columnist. He is married, has two sons, and lives on Chicago's South Side. 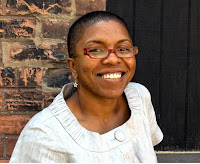 NICHOLE CHRISTIAN
A native Detroiter, she was formerly a member of the Detroit Free Press editorial board, writing about education policy and children's issues. She began her career at the St. Petersburg Times and later became a staff writer at the Wall Street Journal, the New York Times, and Time magazine, where she was Detroit bureau chief. As a reporter at the New York Times, Christian was among the reporters on the newspaper's metro staff who produced "Portraits of Grief," chronicling the lives of people killed in the September 11 attacks. Christian wrote fifty of those portraits, part of the Times's A Nation Challenged special section, which was awarded the 2002 Pulitzer Prize for public service. 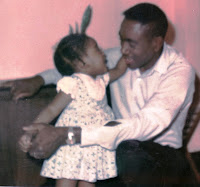 STEPHANIE GADLIN
A writer, artist, and social justice activist, she has also worked as international press secretary to the Reverend Jesse L. Jackson, Sr. Gadlin has served as press adviser to a number of national human and civil rights leaders, among them Congressman Bobby L. Rush (D-Ill.). She is currently his press secretary and communications director. Her writings have been published by Third World Press and a number of university publishing houses. Gadlin has also worked as magazine editor, beat reporter, and special contributor to BlackPressUSA. She is a playwright and founder of the Nommo Gathering Black Writers Collective in Chicago.
MARIO D. PARKER 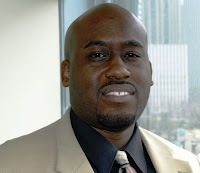 A Chicago-based journalist for Bloomberg News, he previously reported from the company's Washington, D.C., bureau, before moving to Chicago in 2007. His byline has appeared in newspapers across the globe. Among them are the Christian Science Monitor, Washington Post, Chicago Tribune, Chicago Sun-Times, International Herald Tribune, and New York Times. In 2008, Parker was a recipient of the Chicago Headline Club's Peter Lisagor Award for Exemplary Journalism. At Bloomberg, he covers the developing energy industry, including U.S. energy policy and also general assignment stories across the Midwest. He is a native of Maywood, Illinois.

HAMIL HARRIS
A veteran award-winning journalist and author, he has worked at the Washington Post since 1992. During his career, Harris has chronicled the political comeback of D.C. mayor Marion Barry, the Million Man March, the Clinton White House, the September 11 attacks, the D.C. Sniper attacks, and Hurricane Katrina. In 2006, Harris was on a team of Post reporters that published the newspaper's series Being a Black Man, for which Harris won two Emmys, the Casey Medal, and the Peabody Award. He grew up in Pensacola, Florida. 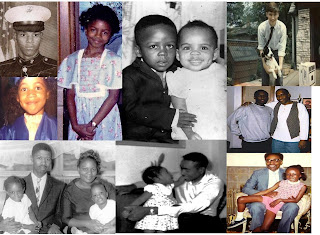 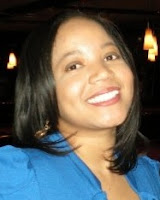 TERESA SEWELL
A native of Chicago's South Side, she knew she was destined to become a journalist when in high school she reported on the shooting death of a fellow classmate at the Chicago Vocational Career Academy. She earned a bachelor's degree in news-editorial journalism at the University of Illinois at Urbana-Champaign. She has worked as a reporter-intern at the State Journal-Register in Springfield, Illinois, and the Chicago Sun-Times. Teresa is a recent graduate of the Medill School of Journalism at Northwestern University, where she earned a master's in broadcast journalism and recently started a documentary company called OverFlo Produxions. 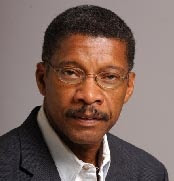 SYLVESTER MONROE
Formerly senior editor of Ebony magazine, Monroe is a decorated veteran journalist and best-selling author. In his memoir, Brothers: Black and Poor: A True Story of Courage and Survival, he chronicles his story of growing up in Chicago?s Robert Taylor Homes and his matriculation to Harvard University. A longtime correspondent for Newsweek and later for Time magazine, he has won numerous awards for his reporting and writing, and over the course of a noted journalism career has covered issues ranging from desegregation to urban poverty and education and politics, including Harold Washington's successful bid to become Chicago?s first black mayor and Reverend Jesse Jackson?s historic 1984 campaign for president. 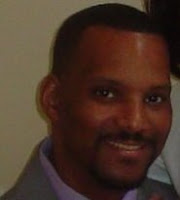 VINCENT C. ALLEN
Pastor and founder of Agape Fellowship Ministries in Stafford, Virginia, he is a native of Detroit, Michigan, and a retired U.S. Marine who served more than two decades in service to his country, working over the course of his career on all levels of administration, including as administrative chief for two former assistant commandants of the U.S. Marine Corps. He also served in Naples, Italy, with Allied Forces, Southern Europe, where he founded a ministry serving both Italians and Americans. He currently pastors in Stafford, Virginia.

MONICA FOUNTAIN
Formerly a reporter for the Chicago Tribune, she covered a variety of breaking news and feature stories, ranging from urban issues to the plight of black farmers. As a freelance writer, her work has been published in national publications, including the Washington Post, the Chicago Tribune, the Chicago Sun-Times, Black MBA Magazine, and Black Enterprise. Fountain earned a degree in journalism from the University of Illinois at Urbana-Champaign, and as a British Marshall Scholar she attended the University of Sussex in England, where she earned a degree in politics and economics.

LOLLY BOWEAN
An award-winning journalist, she is currently a reporter for the Chicago Tribune, where she writes about minority affairs and covers Chicago's south suburbs. Throughout high school, Bowean worked as a reporter at the Knoxville News-Sentinel. She later interned at the Boston Globe, USA Today, and the Wall Street Journal and had stories published in the Washington Post while producing work for National Public Radio. She worked as a reporter at the Times-Picayune and began working for the Chicago Tribune in 2004. At the Tribune, she distinguished herself by covering the aftermath of Hurricanes Katrina and Rita in New Orleans. 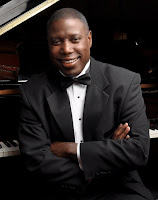 R. DARRYL THOMAS
A multidimensional baritone, pianist, choir director, and Hammond organist based in Chicago, he is a protégé of C. Charles Clency, Ph.D., accompanist to Mahalia Jackson. Thomas's accomplishments include performing Mozart's Vesperae solennes de Dominica (K.321) with a 220-voice chorus accompanied by the New England Symphonic Ensemble at Carnegie Hall. Also an information technology specialist, Thomas is an ordained minister and the son of a Pentecostal preacher. 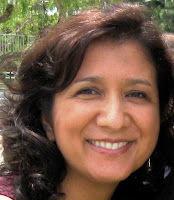 ROSA MARIA SANTANA
An award-winning journalist, she joined the metro staff of the Plain Dealer in Cleveland in 1999. Soon after beginning her new job assignment at the newspaper, Santana, who is Mexican American, received two first-place awards from the Texas Associated Press Managing Editors for her series, The Quinceañera: Transitions of Life, for work she did at the Arlington (Texas) Morning News. Born in the Los Angeles area, she has worked for the Chicago Tribune and is formerly a regional director for the National Association of Hispanic Journalists. She has taught journalism and political science at the University of Southern California, Santa Monica College, Cal Poly Pomona University, Mt. San Antonio College and Azusa Pacific University. 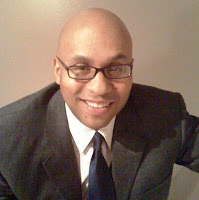 JOSEPH A. KIRBY
A writer and editor whose work has been featured in the Boston Globe, Chicago Tribune, New York Newsday, New York Times, Washington Post, and Black Enterprise magazine, he is a native of the Bronx, New York. He became interested in journalism after a grade-school classmate's shooting death was chronicled in a local tabloid. After graduating from New York University, Kirby joined the Chicago Tribune, where he was soon promoted to national correspondent. He currently runs Between The Lines, a corporate communications and writing firm. 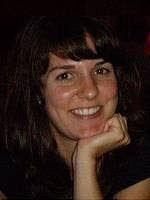 ANNE VALENTE
A native Missourian, she grew up in St. Louis, just across the Mississippi River from her grandparents in Alton, Illinois. She received a B.A. in English literature and film studies from Washington University, and an M.S. in journalism from the University of Illinois at Urbana-Champaign. She currently teaches composition and creative writing in Ohio and serves as the assistant editor of the literary magazine Storyglossia. Her varied literary and journalistic works have appeared in a number of publications, including Sauce Magazine, Playback St. Louis, Keyhole Magazine, Monkeybicycle, Fiction Weekly, Pank Magazine, and the Washington Post.
LEE BEY

Writer, prize-winning
architectural critic and also photographer, he was formerly a reporter-columnist for the Chicago Sun-Times. By 1997, Bey had become one of Chicago's foremost architectural critics, writing about issues of architecture and urban planning in his weekly column for the Sun-Times. A Chicago native son, Bey was formerly top aide to Mayor Richard M. Daley and is currently executive director of the Chicago Central Area Committee, a civic organization of prominent downtown businesspeople concerned with the architecture, urban planning, transportation, and economic viability of the Loop. He lectures widely on issues of urban development and architectural preservation.