From the founder and publisher,
John W. Fountain: 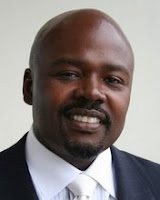 Publishing is for me a lifelong dream, a calling to inspire change and understanding, a way of rekindling hope and healing. My goal is to make perhaps my corner of the world just a little brighter through the powerful gift of storytelling.
In addition to the conventional book format, we here at WestSide Press will produce literature in a variety of electronic formats, including podcasts, audio books, videos, and electronic books, in an effort to bring to you our stories in whatever way you desire to consume them. For we understand that even in a new and technologically evolving and exciting age there still exists an age-old thirst for a good story. We intend to evolve with that process, seeking to remain relevant, current, and in tune with these changing times.
Many of the faces and voices that appear in the stories will be black and brown. But they are stories that run far deeper than one’s skin color or ethnicity. They are stories that center on fundamental universal truths and our collective commonality as members of that one true race known as the human race. 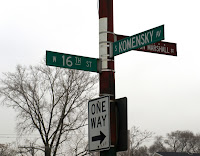 In 1985, the Chicago Tribune published a series dubbed The American Millstone. The newspaper deemed the people of the city’s West Side community known as North Lawndale—where I grew up—as the “permanent underclass.” We were, in the Trib’s view, the millstone draped around America’s neck. I was a resident of the West Side at the time the Trib’s reporters came a’calling.
I cannot subscribe to their assessment of the state of destitution they perceived and ultimately portrayed in their stories. And yet the West Side has been my scar for life, like growing up on the other side of the tracks, the thing that people point to as evidence of my lack of pedigree, a place perceived to be so bathed in poverty and despair as to render it and its inhabitants forever hopeless, as being “less than.”
I once heard a preacher say half-jokingly, “Can any good thing come from the West Side?”—echoing a sentiment expressed in the Bible about a rabbi from Nazareth.

So in contemplating a name for this publishing company, it seemed only logical to call it something that would for me embody struggle but also hope, despair but also determination, resistance but also resilience, both poverty and promise; a name that would speak to the value and validity of the stories of every “West Side” on earth—from North Lawndale to a squatter’s camp in Soweto, to Palestine and Pembroke, Illinois.
I needed a name that might say to anyone who has ever felt discarded, “Yes, you can.” A glorious name grafted in pain, born through shame, once a burden and now my gain. And I could think of none better than WestSide Press.
For every dark corner and for places like the West Side of Chicago, where the media light too seldom shines unless it is to spotlight the bad, I publish. For anyone seeking the truth and the stories of those seldom seen or heard, I publish. For you, I publish.
Welcome to WestSide Press.